Plant Based Meat in the Restaurant Industry

Plant Based Meat in the Restaurant Industry 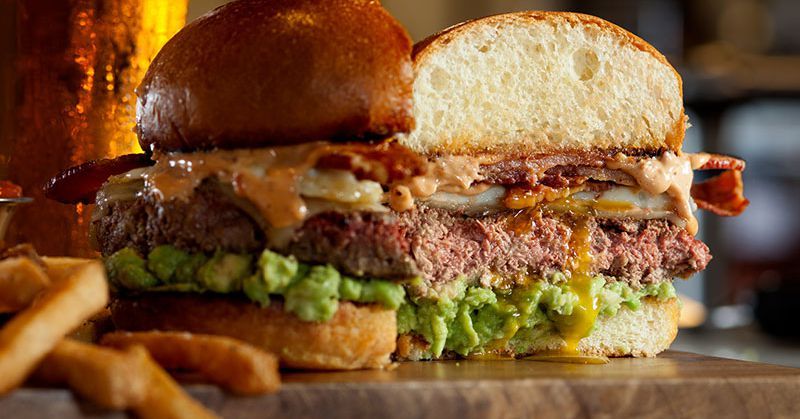 Hardly a week goes by that we don’t hear about another restaurant chain adding a plant-based meat analog to their menu. Restaurant sales of meat alternative foods grew by 268% in 2018 and that pace continued into 2019. The growth goes well beyond the 5% of consumers that consider themselves fully committed to eating vegan and vegetarian foods.

Surveys are showing the majority of American consumers would rather see the food products called “plant-based” instead of “vegan”. Probably because vegan sounds too limiting and out of date.

Marketing people say there’s broad consumer perception that plant proteins are more healthful than eating meat and prefer seeing the word plant-based on their label or menu. The customer deems plant-based higher in quality and healthier for you. Plant-based foods are also on the forefront of people’s minds when they consider the impact of raising beef, chicken and pork has on the environment. So, sustainability has become one of the marketer’s favorite buzz words.

Investment in alternate meat and seafood products were around $192 million in 2018. Of that $164 million went to two plant-based meat companies, Impossible Burger and Beyond Meat. Clearly there’s a craze for burger analogs in restaurants that look and tastes similar to the real thing. These two burgers are made with either pea protein or soy protein. But there are also many other variations of burger analogs being made with other plant proteins. Including wheat, cereal grains and various types of beans.

Because of the extensive market exposure burger analogs are the biggest sellers. There were also many more varieties of plant-based, meat analogs products introduced at restaurants nationwide in the past 2 years. Chicken analogs are the second most popular followed by pork analogs. All three types of meat analogs are being used in meal entrée’s, pizza toppings and taco and burrito fillings to name a few. They are being produced in many sizes and forms including shredded, diced as crumbles and even some that resemble whole muscle meat. Seafood analogs are also becoming more popular as they find better ways to mimic the bite and flavor of seafood.

Another reason plant-based foods are being added to the menu is the profit margin factor that plant-based analogs are generally priced at a premium (Usually $1 or $2 more for an item that sells for around $10 that has real meat) The question is whether restaurants will determine the higher percentage of profit is enough to make up for smaller sales volume they generate. Currently analogs make up only 2% to 5% of a larger sized restaurant’s product mix. That’s considered by many consultants to be about half of what a restaurant needs for full-time menus item to be considered successful in the long run.